ClimaDat, a project promoted by Obra Social “la Caixa” and the Catalan Institute of Climate Sciences (IC3), is a pioneer network of stations worldwide for the study and research of climate and climate change. Its objective is to obtain climate data to study and share the interrelationships between the different global climate systems and the mutual influence of the global climate on the local one.

Within the Spanish territory, this network provides the relevant data, freely accessible, for understanding the interrelation between the climate system and biospheric processes, through its Near Real-Time insertion in international scientific databases. Around the data obtained, activities and information distribution systems are developed for a comprehensive and socially active dissemination in relation to climate change and its impact.

Apart from the original blues of the logo, a graphic color chart has been created for the stations: each one is identified with a color and an animal, depending on the fauna and flora characteristic of each place.

In addition to the sections explaining the Project and the Stations, the website has a blog that is divided into two types: Stories, which tells the events related to the stations and the project, and Research, with a focus more scientific. Finally, the site makes available to the public a history of the Data collected in each season by season and Resources such as press releases and publications. 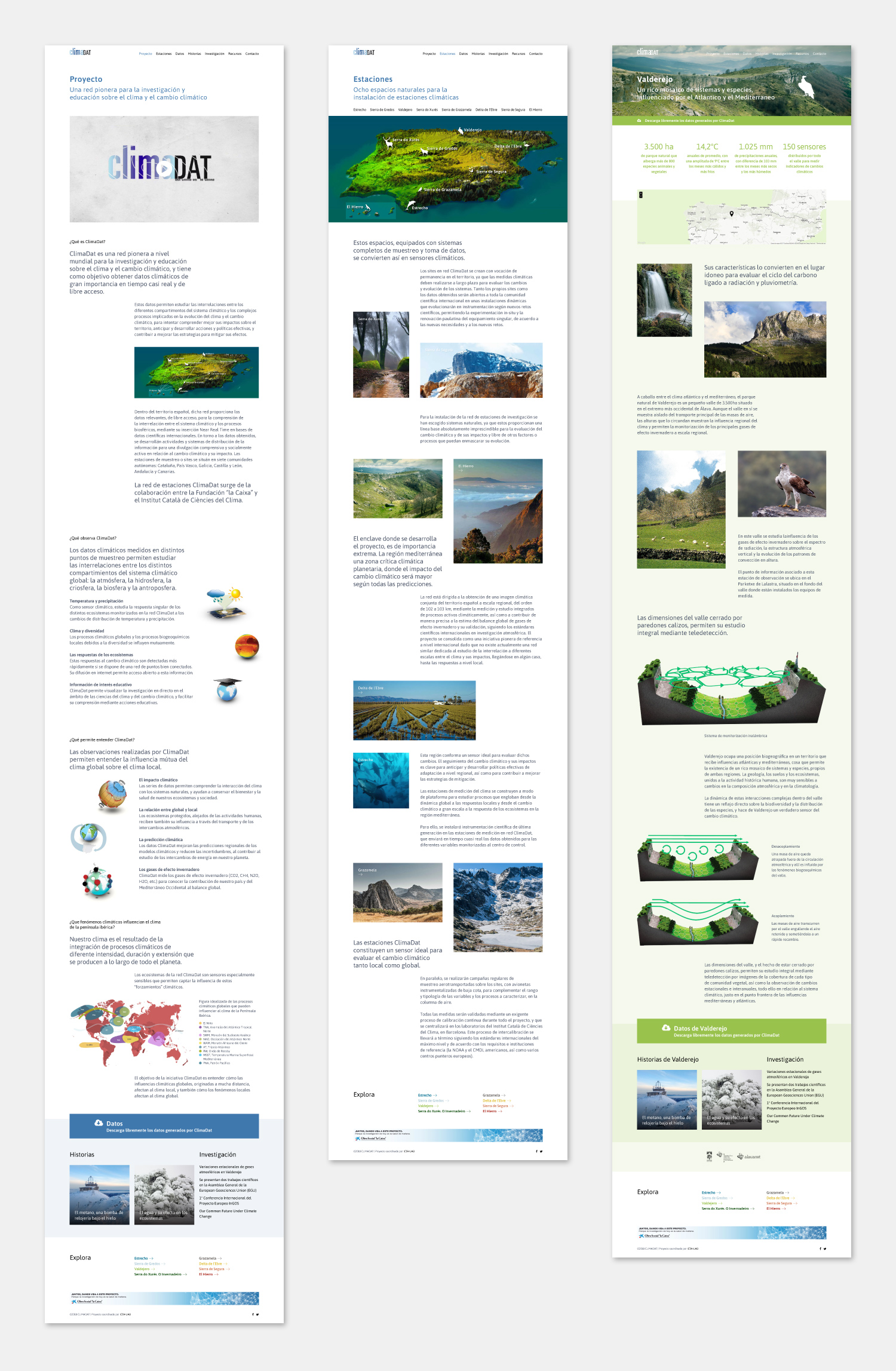 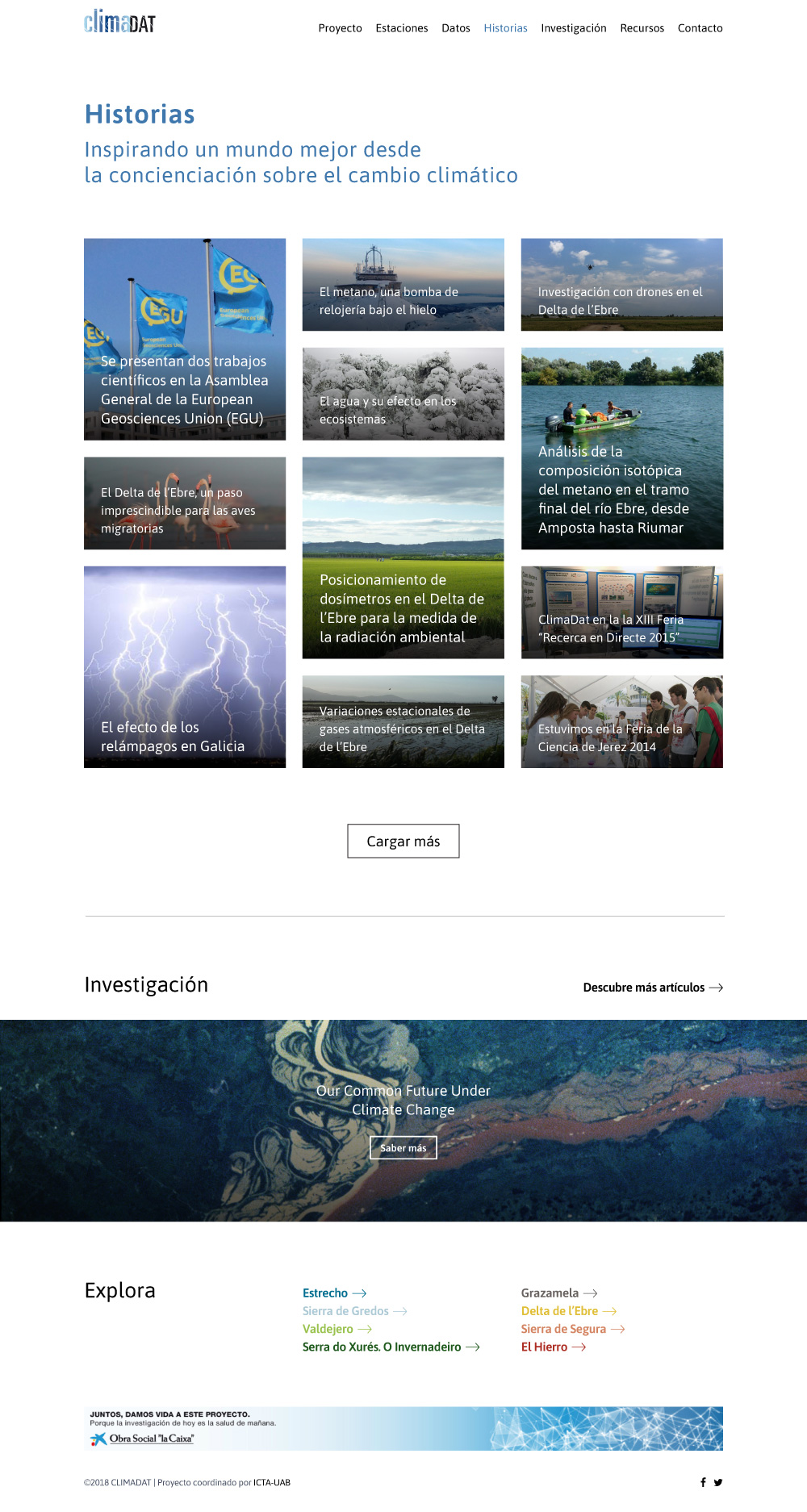 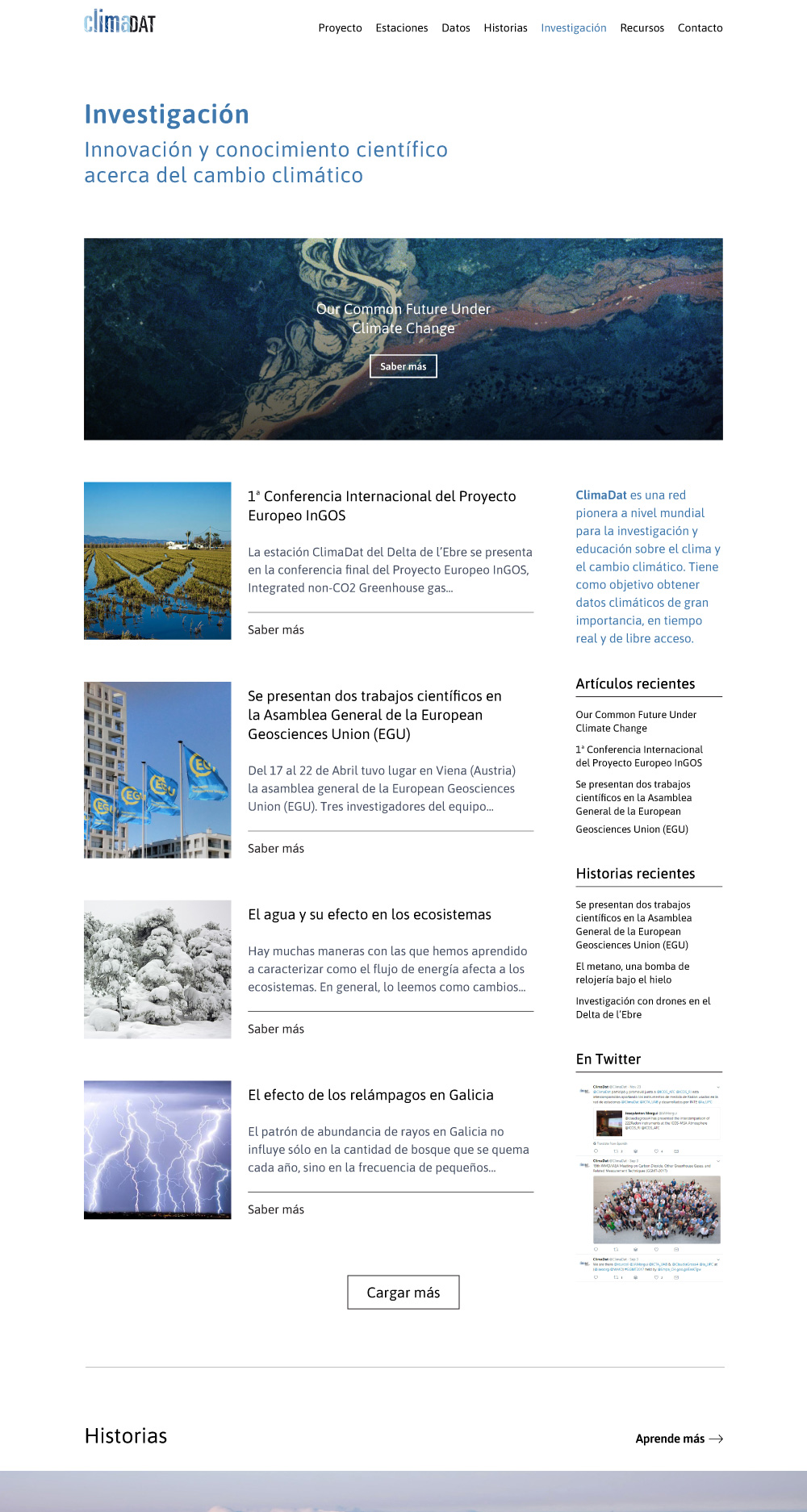